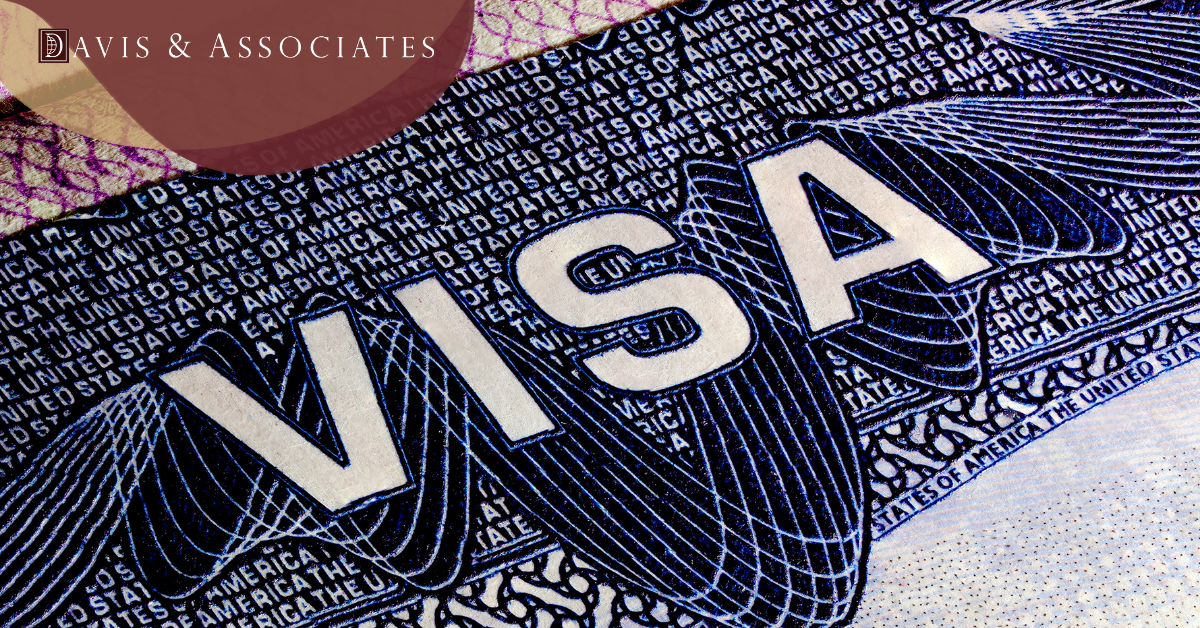 Davis & Associates is dedicated to immigration law. Our firm commits all of its efforts to the vast areas of immigration visa law.

America’s political landscape changes with each President, so staying on top of immigration law is a full time job for our immigration visa lawyers. An immigrant in the United States needs the best representation possible to be able to overcome many obstacles that arise.

Davis & Associates is your immigration lawyer of choice for US immigration and visas in Houston & Dallas Metroplex. 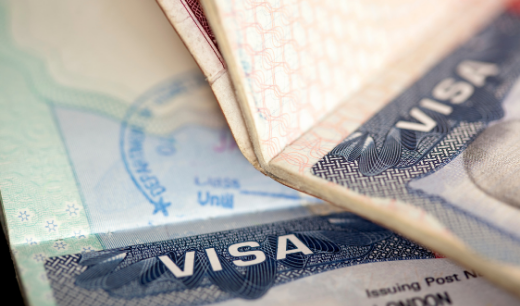 When you want to visit the U.S. for work or as a tourist, you’ll most likely need a temporary visa. A temporary visa – depending on whether you get a B-1 visa or a B-2 visa, or a combination for both purposes – allows you to enter the country and stay as long as your visa is valid. 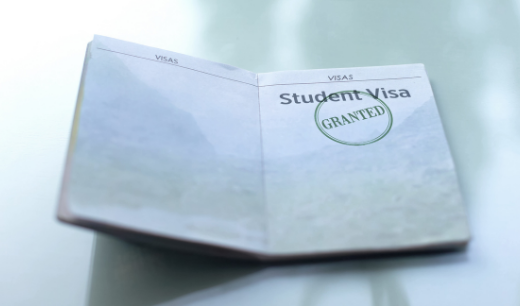 There are two primary types of student visas: F-1 and M-1. The F-1 visa is the most common type that students use, with many people choosing to work with a Dallas or Houston student visa attorney to work through the application process. 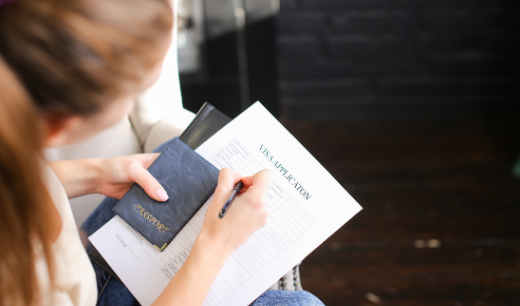 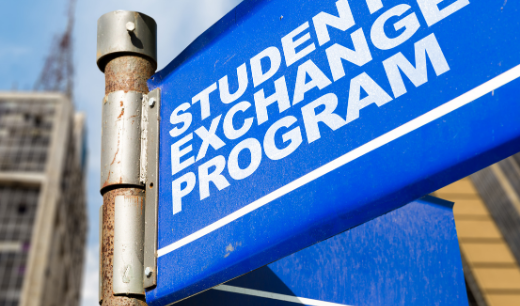 The J-1 Visa is part of the United States’ Exchange Visitor Program, which promotes understanding between U.S. citizens and people of other countries. The entire basis of the program is to use educational and cultural exchanges.

OUR VISA IMMIGRATION ATTORNEYS ARE COMMITTED TO PROVIDING EXCELLENT REPRESENTATION IN THE FOLLOWING AREAS: 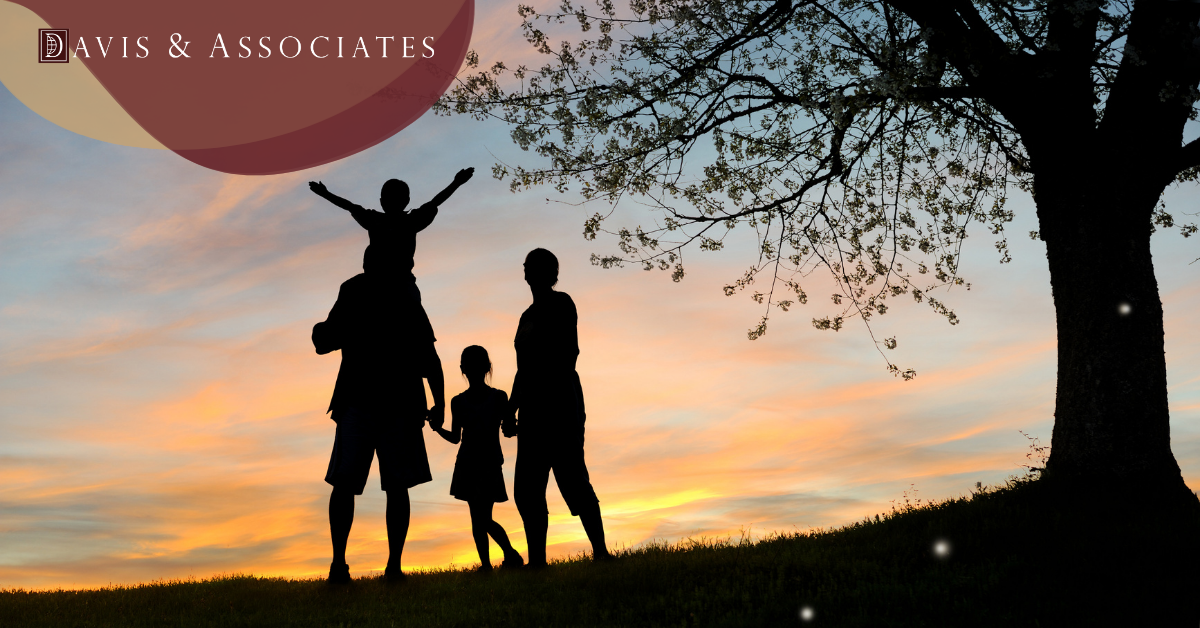 For people wanting to know how an immigrant visa (also referred to as permanent residency or a “green card”) can be obtained through a family member through Family Immigration.

An experienced board certified immigration visa attorney can help you better understand the details, but here are the names and descriptions of the family-member categories that citizens and permanent residents may petition for:

Every year, the US government authorizes a set number of immigrant visas for the family-based categories. Every year, more citizens and permanent residents file petitions for their family members than there are immigrant visas authorized. This has created a years-long backlog in the system.

The government assigns each of the different types of family petitions a priority. Some family relationships have a higher priority than others, meaning those family members will generally get their permanent residency faster. The government also prioritizes the petitions for immigrant visas based on the country that the family member is immigrating from. Mexico, China, India, and the Philippines have individual waiting times because family members from these countries account for many of the requested immigrant visas.

Once an immigrant visa is available to the intending immigrant family member, other factors such as the person’s US immigration history, criminal history, and current location will determine where he or she qualifies for permanent residency and where the application should be filed – inside or outside of the United States.

It is important that you consult with a visa immigration lawyer who is experienced in visas and US immigration law before filing petition or application with the government. The team of attorneys at Davis & Associates, lead by our Founder and Managing Partner, Garry Davis, is ready to help you with your case. 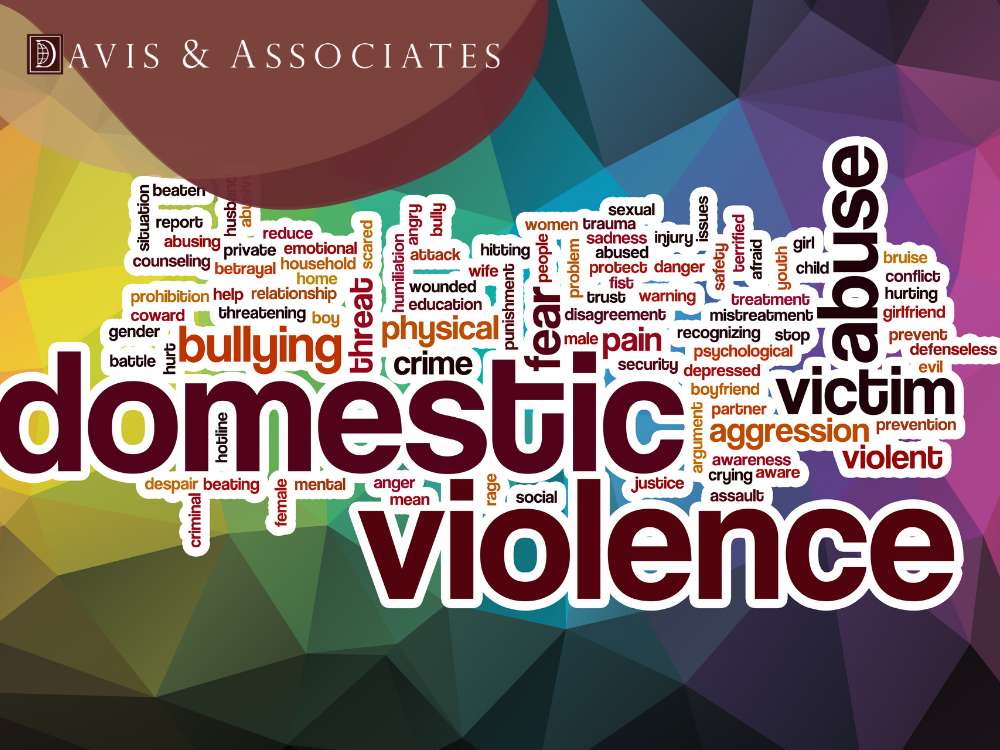 Certain people battered by their US Citizens and Legal Permanent Resident family members may qualify for an immigrant visa. If you have questions, an immigration visa lawyer can help.

A VAWA petition is filed on Form I-360 and requires fairly extensive documentation. There are specific requirements that have to be proven in order for USCIS to approve a VAWA petition. Generally, the requirements are:

If the VAWA petition is approved, the battered spouse, child, or parent may be able to apply for permanent residency based on the petition once the priority date is current. The particular immigration, criminal, and medical history of each applicant must be fully analyzed in order to determine if, how, and when they can apply for a green card. 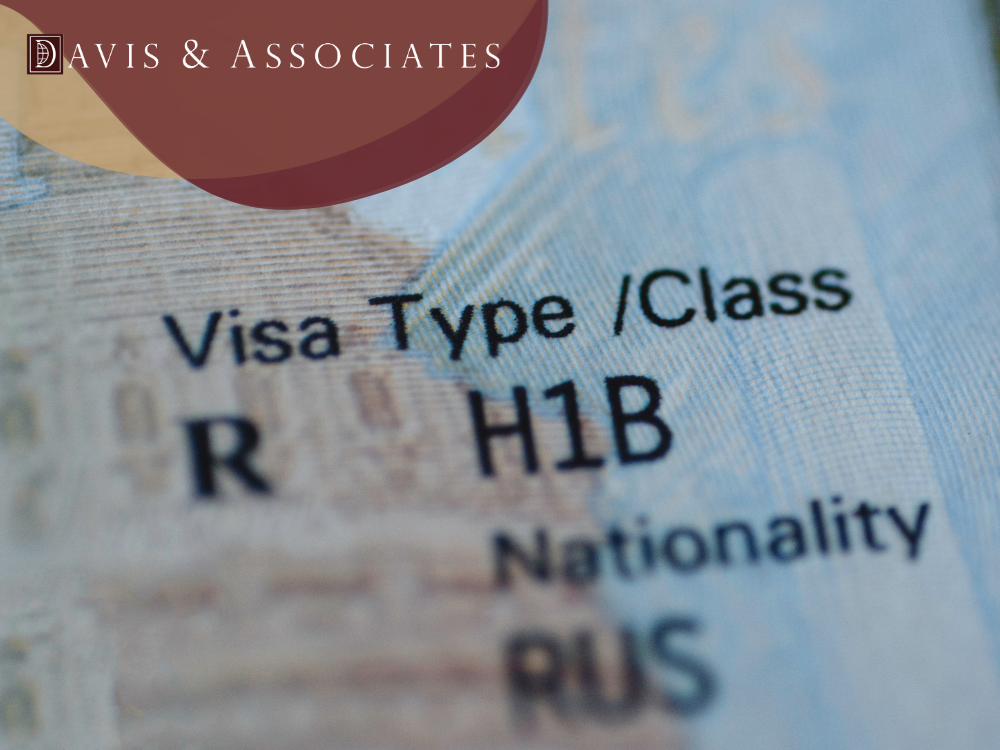 Bringing employees to the US can be a frustrating and difficult process. When it comes to business immigration law, whether your business is seeking to hire the most qualified candidate, who happens to be from outside the US, or trying to transfer in an executive or manager from your foreign office, the visa immigration lawyers at the Law Offices of Garry L. Davis, board-certified immigration attorney can help.

Our firm focuses exclusively on practicing US Immigration law. Garry Davis, the founder of the immigration law firm, is Certified by the Texas Board of Legal Specialization in Immigration and Nationality Law. We represent corporate clients ranging in size from one employee to hundreds. Whether your business is a start-up, an investment purchase of an existing business, or a well-established company with a need for talent that can only be found outside the US, our immigration lawyers can help.

We have successfully filed intra-company transfer visas for executives, managers and those employees with proprietary knowledge of the company’s offerings (L-1A and L-1B visas). We also file for professional worker visas and work visas provided for under the NAFTA treaty (H-1B and TN-1). For nationals of those countries with whom the US has a treaty of trade and friendship that provides for them, we file E-1 trader and E-2 investor visas. If you are a religious organization and wish to bring a foreign clergyman to head up or start an ethnic congregation, we file R-1 religious worker visas.

Once the immigration visa holder has made it to the US, there are various options for allowing that person to become a permanent resident as well. We provide assistance in going through those processes as well, whether the candidate is an individual of extraordinary ability, a multi-national manager or executive, a high net worth investor, or an outstanding professor or researcher. We also process applications for labor certification. If you are an investor, executive, manager or employer that has a need for visa processing, the immigration lawyers in our office will be happy to provide you the assistance you need. Our firm has H1B employment visa attorneys who are experts in business immigration law.

WHO QUALIFIES FOR A PERMANENT VISA 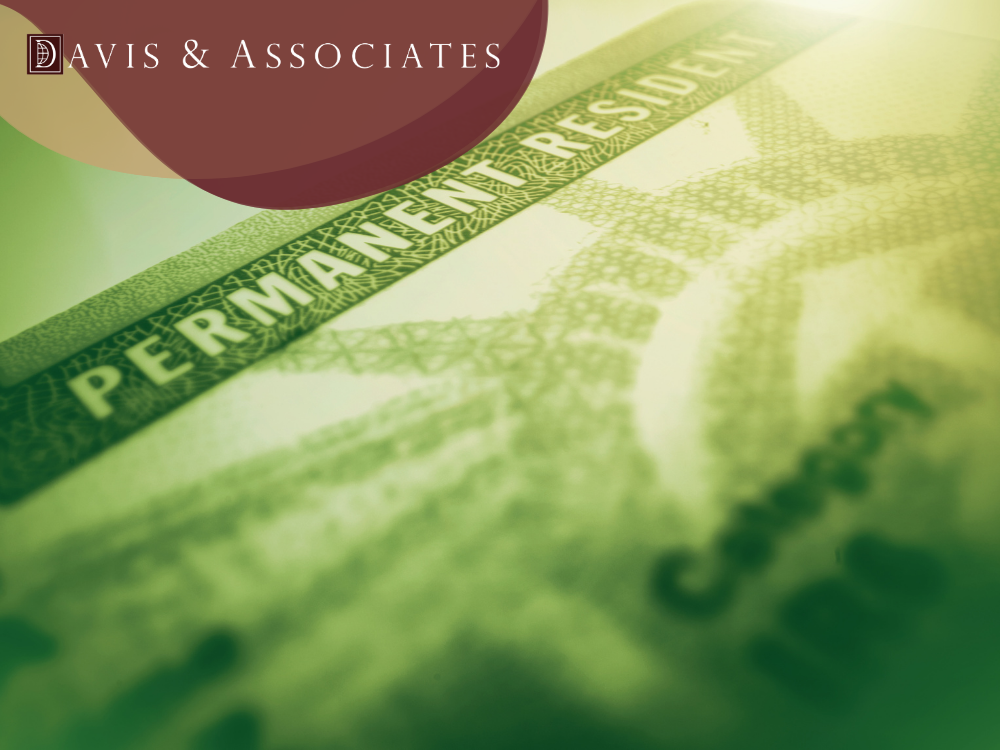 What are the ways in which someone can become a permanent resident of the United States?

Simply having an approved petition, or even multiple approved petitions, does not mean that the non-citizen will actually be able to obtain permanent residency. USCIS must determine that the person qualifies for residency according to a number of factors, including the person’s health, immigration, and criminal histories.

People who have certain skills valuable to US employers can qualify for permanent residence through Business Immigration. There are various eligible categories such as those such as professors, researchers, athletes, entertainers, people with advanced degrees, religious workers, people willing to invest $1 million in a US company, and certain “special immigrants.”

Each different type of worker is prioritized in preference categories, much like with family-based visas. Because of this, there can be a long wait time between the time the employment-based petition is filed and when the person can apply for permanent residency.

Because of the variety of ways that a person can qualify and the requirements that an employer must fulfill in order to petition for permanent residency for a non-citizen worker, an experienced immigration attorney should be consulted before beginning the process.

Asylum can be sought by an individual inside the United States within one year of their arrival. The person must prove that they have a well-founded fear of persecution in their native country based on their race, religion, nationality, political opinion, or membership in a particular social group. Refugees are similar to asylum-seekers except that they apply for refugee status outside of the United States. A person granted asylum or refugee status can apply for permanent residency after one year.

Fifty thousand immigrant visas are authorized every year for the lucky winners of the diversity lottery. The winners are randomly selected by the Department of State and the lottery is open to people from countries with low rates of immigration to the United States.

PEOPLE WHO QUALIFY FOR LEGALIZATION, SAW, OR NACARA

Legalization programs from the 1980s allowed millions of people to become permanent residents. The application periods for the “amnesty” and Special Agricultural Worker programs of 1986 ended years ago. However, subsequent class action litigation have allowed a narrow group of people to seek permanent residency through those programs even after they ended.

PEOPLE WHO QUALIFY FOR REGISTRY

Registry is a provision in immigration law which allows an undocumented person who has lived in the United States since January 1, 1972 to apply for permanent residency. The person must be of good moral character and must otherwise qualify to receive permanent residency. A person’s criminal, immigration, or medical history could disqualify them from becoming permanent residents – it is important to speak with an experienced immigration attorney to be sure you qualify.

Permanent residency can be conveyed to an individual through an act of Congress via the introduction of a private bill, but this is extremely rare. A member of Congress must sponsor the bill and introduce it. The bill must voted on and passed just like any other law would be. People who obtain residency through a private bill typically have compelling humanitarian factors in their cases and no other way to legalize their status.

PEOPLE WHO SUCCESSFULLY DEFEND THEMSELVES IN IMMIGRATION COURT AGAINST DEPORTATION

A person who is in removal proceedings before an immigration judge and who has lived in the United States for at least 10 years, has good moral character, has not been convicted of certain crimes, and has a US citizen or permanent resident spouse or parent can stop their deportation if they can prove to the judge that if they are deported, their relative will suffer exceptional and extremely unusual hardship. This is an extremely high standard and consequently few people can meet it. However, if the judge does decide to cancel the deportation, she will also grant permanent residency to the non-citizen.