Davis & Associates are your attorneys of choice for help with political asylum cases in Houston and Dallas Metroplex.

Lead by our founder and managing partner Garry Davis, our experienced immigration attorneys provide expert legal counsel for all aspects of the political asylum application and refugee status, and can represent clients from any country in the world.

Our immigration law firm and experienced lawyers are focused exclusively on the practice of US Immigration Law. We advise immigrants and refugees on political asylum applicants when they fear persecution in their home country due to:

WHAT CONSTITUTES A POLITICAL ASYLUM CASE?

If you fear persecution upon returning to your home country, you may be eligible for political asylum in the United States. In order to qualify for political asylum however, the harm you fear must be based on religion, race, nationality, political opinion or membership in a particular social group. The persecution you fear must be either from a part of the government or an individual or group that the government cannot or will not protect you from.

In order to qualify for asylum, persecution must also be something more substantial, such as human rights violations, torture, unlawful or political detention, physical violence, or infliction of serious emotional distress. Sometimes, mere threats of harm can qualify as persecution if other individuals or groups similarly situated to you have experienced documented persecution.

Regardless of your current immigration status, even if you are in the United States unlawfully, you must file an application for political asylum within one year after you have arrived in the United States, unless you can show that there are changed circumstances that have affected your eligibility for asylum. 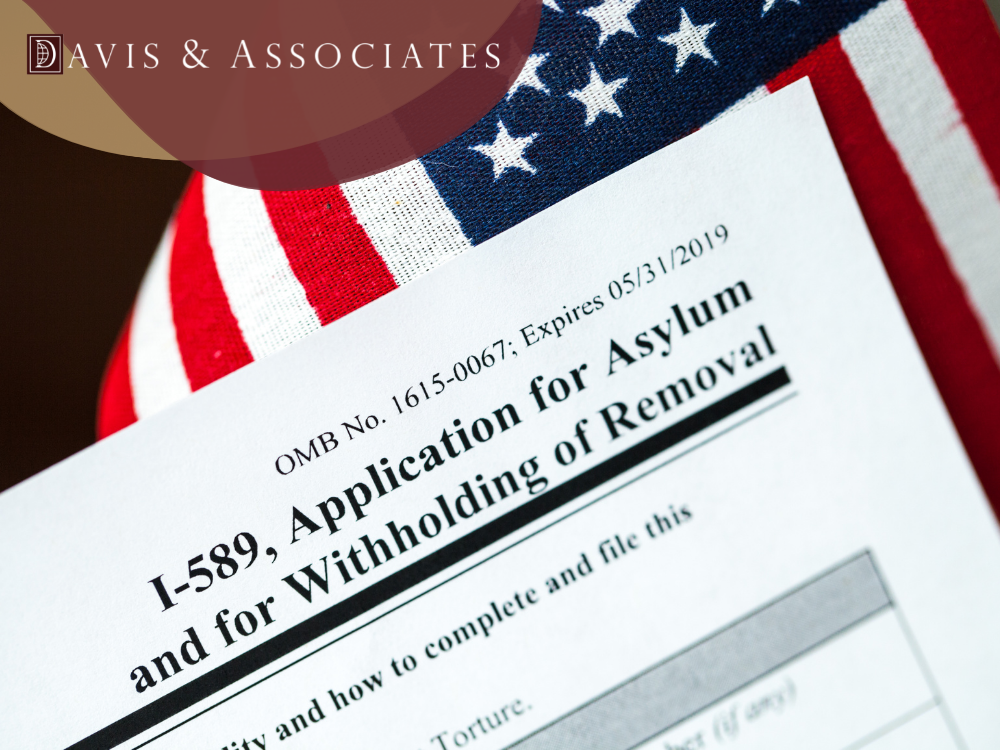 OUR IMMIGRATION ATTORNEYS CAN HELP WITH YOUR POLITICAL ASYLUM CASE

Attorney Garry Davis and the team of experienced immigration lawyers at Davis & Associates represent refugees and political asylum applicants from all countries.

Individuals and families who try to work through the political asylum application process on their own aren't always sure what information they should, or should not, provide or how to establish qualifying evidence—which can result in the case being denied or unnecessarily delayed. Davis & Associates immigration attorneys can help ensure you supply the right information and follow the process to avoid delay and increase your success rate. 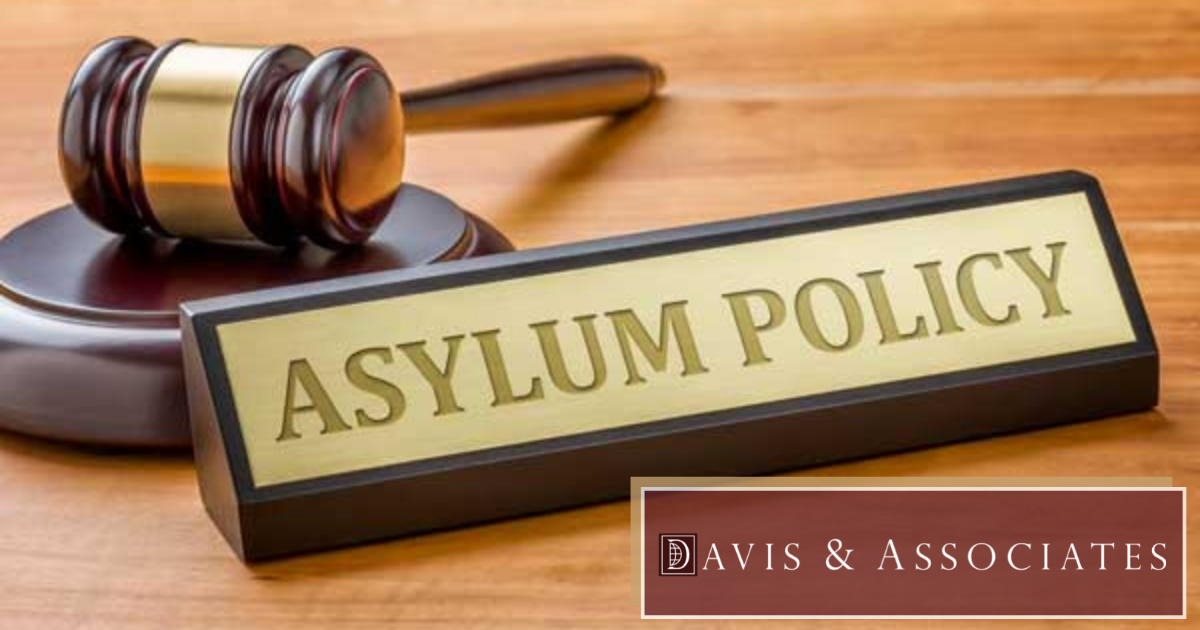 The United States offers its protection to people from other nations who are dangerously persecuted in their home countries – but what is the process like, and what should you know if you’re considering asking the U.S. for asylum?

In order to obtain asylum in the United States, a person must present him- or herself to immigration authorities and claim a credible fear of persecution. That persecution must be based on:

If you intend to present yourself to an immigration officer and ask for asylum, here are five things you need to know:

1. You must have a valid fear of or a history of persecution.

Persecution can take many forms, such as discrimination, harassment, physical abuse, unjust arrest or imprisonment and other types of harm – but it must fall into one of five categories for you to qualify for asylum in the U.S. You must have been persecuted – or you must legitimately fear persecution – in your home country due to your religion, race, nationality, political opinion or membership in a social group.

The persecution must come from your country’s government or from forces beyond your government’s control, such as guerrilla groups.

2. You must ask for asylum within one year of your arrival in the U.S.

There’s a one-year deadline on applying for asylum in the United States, although in some cases, you may qualify for an extension. The deadline applies to either your arrival in the United States (if you entered the country without a valid visa) or your visa’s expiration date. You’ll need to file a certain form with the U.S. government, and you must attach documents and proof that you credibly fear of persecution or you have suffered persecution in the past.

3. You’ll have to submit to an asylum interview.

The U.S. Customs and Immigration Services office nearest you will call you in for an interview after you have applied for asylum. You’ll have to back up your claims about being persecuted or explain why you have a well-founded fear of persecution. The officer who interviews you will go over all the names, dates and facts you stated in your application and may ask you specific questions about them. He or she might also ask you about things that aren’t listed on your application.

4. Your asylum application could be denied, but you may be able to appeal a denial.

You won’t receive a decision on your asylum application the same day you have your interview. However, you will get a date to come back and find out whether your asylee status was approved by the U.S. government. When you come back, you’ll receive the government’s decision in writing.

If your application is denied, you may be able to appeal the decision. Sometimes, when that happens, people turn to immigration attorneys for help.

5. Asking for asylum is different from asking for refugee status.

Do You Need to Talk to an Immigration Lawyer About Asylum?

If you’re considering asking the U.S. government for asylum, we may be able to help you. Call us today to schedule your free consultation.