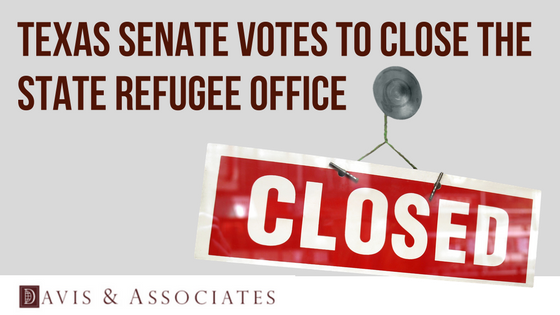 On April 24, 2017, the Senate of the State of Texas voted to shut down the Texas State Refugee Office, a federal-supported agency devised to help resettle refugees in the state. The move by the legislators supported a long-standing position of the Governor of Texas and many politicians to discontinue supporting the program.

According to an Associated Press report, the Governor had earlier declared that he would stop his support for the program for security reasons attributed to the arrival of refugees from Syria in particular. While the Refugee Office may be closing, refugees are still arriving via a federally funded program.

The Texas Attorney General has also filed suit against the federal government over the issue, according to a Breitbart article.

Purpose of the Office of Immigration and Refugee Affairs (OIRA)

As the unrest in the Middle East continues, many families have been driven from their homes and are seeking asylum in countries throughout the world. Texas has been receiving approximately 6,000 refugees per year as part of the U.S. State Department’s refugee program. The United States President and Congress determine the number of inbound refugees that will be admitted during any given year through their annual budgeting process.

Refugees may also come from other places like Cuba, Haiti, Iraq, and Afghanistan.

The Texas State Refugee Office opened initially in 1991 to provide immigrants and refugees with a head start toward economic independence and cultural acceptance.  The programs have provided the following for individuals and families in the first eight months of their residence:

Also, the program continues to offer various social services for eligible families for up to five years after their arrival.

Other special projects that have been part of the Texas Refugee Office function have included:

Is Closing the Texas State Refugee Office an Attempt to Stop Incoming Refugees?

The Office was established to assist new arrivals in assimilating into Texas communities by helping them find housing, work, and school placement among other services.

The move to close the Texas State Refugee Office is intended, according to the Breitbart piece, to back Governor Abbott’s stated intent to stop the federal refugee resettlement program in Texas. His rationale for eliminating support for the program is to protect the citizens of Texas from any potential threat from unsuspected terrorists who may be among the refugees. 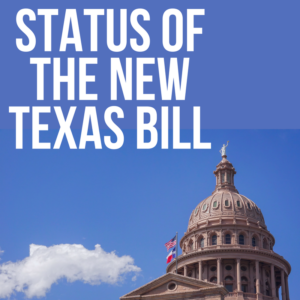 Status of the Bill

Now that the bill intended to close the Texas State Refugee Office has passed in the Texas Senate, the bill must go to the Texas House for a vote, and then to the Governor for signing.

The legislation expressly states that if the bill should receive 2/3 support from members of both Houses of the Texas Legislature, the bill will take effect immediately. If not, the law becomes effective on September 1, 2017.

However, it should be noted, that since the Refugee Program is funded by the United States Government, the legislation may be considered more of a symbolic stand since immigration can still continue.

Keep Track of Developments With a Professional Immigration Law Firm

Davis & Associates in Dallas practice exclusively in the field of Immigration Law. While rumors and political rhetoric swirl around Texas and the nation regarding the future of new arrivals in the United States, all recent arrivals should review their circumstances with a qualified legal authority. Davis & Associates continually monitors events and circumstances that can affect their clientele with little notice.