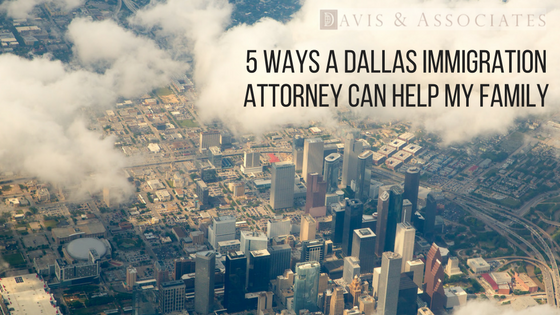 Individuals who are already citizens can help family members obtain the necessary visas to become permanent residents of the United States. Relatives or family members can be defined as a spouse or fiancé, child, brother or sister, or parent.

The three-step process to obtain residency status for a relative can take considerable time and requires submitting correct paperwork and documentation to be successful. Mistakes or misinformation will delay the process. You should work with an experienced Dallas immigration lawyer from the start to paragraph states that the process goes smoothly.

Types of Visas for Family Members 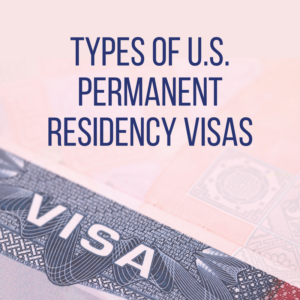 The U.S. Citizenship and Immigration Services (USCIS) offers different visas types for bringing family into the United States. These family visas are:

Whether you are present in the United States at the time of application or not, it is advisable to work with an experienced Dallas attorney to ensure all requests are correct and professionally complete. You may need to explain why this is relevant to the family member applicant.

Steps in the Process

Though each phase in the process may require considerable proof and documentation, there are three steps to complete to be able to admit your relative as a permanent resident. The process can be complicated, so it is wise to contact an experienced Dallas immigration lawyer for assistance.

The first step is initiated by the sponsoring family member who is a citizen of the United States. That individual, with the help of a professional Dallas immigration lawyer, will submit an Immigrant Visa Petition I-130 for consideration by the USCIS for approval. The Petition I-130 includes detailed proof of the relationship with the foreign-born relative and other documents. This process established the relationship between you, the U.S. citizen, and the applicant. Once the Visa Petition I-130 is approved, the process may move on to the next step.

In the second step, the USCIS will determine if an immigrant visa number is available at the time. According to the Immigration and Naturalization Act, the number of visas available for “immediate relatives” such as the U.S. citizen’s spouse, children under 21 years of age, and parents is unlimited. For others such as siblings, the numbers may be limited by quota.

Third, once the immigrant visa number is assigned, there are two potential avenues for the foreign-born relative.

The three core conditions for securing permanent residency of a spouse are:

The USCIS has designated two approaches for securing permanent residency for the spouse of a U.S. citizen. These are:

Circumstances differ depending on your current residency. If you are living outside the United States and are apply for permanent residency for your spouse, you must apply with the Form I-130 to the USCIS directly or through the Embassy in the country where the spouse is residing. The spouse will usually be interviewed in person at the Embassy and granted the visa within three to six months.

If you and the spouse will be remaining outside the United States for six months or more, delay applying for the visa until you are ready to return. If the spouse is granted a Green Card and subsequently does not return to the U.S. within six months, the permit will be canceled.

Permanent residency for parents can only be secured by United States citizens. Permanent resident or Green Card status does not qualify. Contact a professional Dallas immigration lawyer for help.

To secure permanent residency visa for a parent, the USCIS must approve your immigrant visa petition, and the parent(s) will be notified to travel to the nearest U.S. Consulate to complete the process. If the parent is already in the United States, they must complete a Form I-485.

Bringing Your Fiance to the United States

The USCIS requires the application for a K-1 Visa to admit foreign-born fiances of U.S. citizens. Form 129-F is to be completed by the U.S. citizen that will include:

Once you are married, you will need to apply for a Change of Status for the new spouse to become a permanent resident of the United States. An experienced Dallas immigration lawyer like Davis & Associates can help the process.

Bringing Your Children to the United States

Children of U.S. citizens who are under 21 and unmarried can be brought to the United States with a K-4 Visa. The application requires:

A permanent residence visa for a brother or sister of a U.S citizen only (not Green Card holder) may be obtained with an I-130 application. Once approved for a Green Card, the sibling will be permitted to work.

Clearly, establishing permanent residency for relatives is not a simple process. Accurate completion of all documents and proper verifications are the key elements of success. Contact a Dallas Immigration lawyer to ask family immigration questions and avoid mistakes that can delay the process by years.