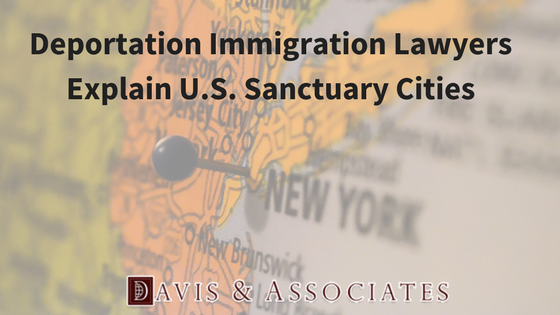 Some cities and counties have taken different approaches to the enforcement of immigration laws. Several local officials have committed to limit their assistance to federal immigration authorities. As a result, some municipalities, counties, and even states are known as “sanctuaries” for undocumented immigrants.

Other cities and states, like Texas, have taken the opposite position to enforce immigration laws proactively. In Texas, contact deportation immigration lawyers, Davis & Associates, for up-to-the-minute information.

For foreign-born individuals who may be in jeopardy of being arrested by law enforcement, finding experienced and proven deportation immigration lawyers in Texas is an important first step. Everyone living in the United States has the right to legal protection. When faced with criminal charges or deportation, you should immediately contact an immigration attorney to make sure you and your family are protected.

What is a Sanctuary City?

A sanctuary city or county is one whose governing entity, mayor or city council has chosen to provide a “haven” for undocumented immigrants by not assisting in federal government attempts to enforce immigration laws. Non-compliance is viewed as not assisting federal investigators in their search for undocumented individuals nor actively holding these persons until immigration officials can arrive. In sanctuary cities, local authorities have released people whom federal officials had requested to be held.

Which are the Sanctuary Cities?

According to a Washington Examiner article,  Immigration and Customs Enforcement (ICE) considers Chicago, New York, San Francisco, and Philadelphia to be the “worst” sanctuary cities. The list of cities in this category, however, is quite long and includes cities, counties, and even some states as listed by some sources. 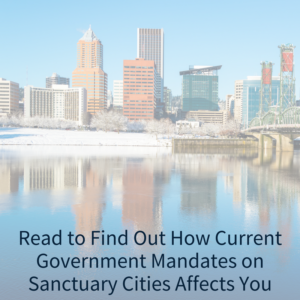 In March 2017, the president and Homeland Security released a list of 118 cities that they deemed to be sanctuary cities. Many of these towns are in California as well as in the Portland area of Oregon, Seattle and surrounding communities, several Colorado cities, South Florida, Connecticut, Rhode Island, some New York communities, and several smaller cities throughout the Midwest.

These communities were designated as sanctuary cities because of instances of actively releasing individuals known to be undocumented immigrants.

How do Sanctuary Cities help families?

So-called sanctuary cities offer asylum to some individuals whose return to their home country could be unsafe or dangerous. In other cases, overlooking the strictest interpretation of the laws allows some families to remain together as a unit rather than splitting them up.

According to AmericanProgress.org, about 16.7 million people in the United States have at least one undocumented immigrant living with them. Of those, 5.9 million citizen children live with at least one relative who is unauthorized. In many of these instances, undocumented individuals are contributing significantly to the financial support of the family. Given the estimated 11 million undocumented people residing in the United States at present, the mass seizure and deportation of these people would break up family groups and could create hardship and dislocation among legal residents.

Early in 2017, President Trump ordered reduction or elimination of federal funding for designated sanctuary cities. A California judge issued a nationwide preliminary injunction stating that the executive order was a violation of the separation of powers and that the president had no authority to impose this restriction. The ruling stated that Congress must first pass a bill remove federal funds from individual cities, counties, or states that might be designated as sanctuaries.

On June 29, 2017, the House of Representatives passed HR 3003 entitled the “No Sanctuary for Criminals Act.” The Bill explicitly states that no city can interfere with compliance with federal immigration laws. Cities or other political divisions that do not comply will be denied certain government grants and the funds will be redirected to entities that do comply.

This bill must pass in the U.S. Senate and be signed by the president before becoming law.

The implications of this legislation are that many cities and counties could be deprived of much-needed funding. This legislation is devised to create a change of heart by local officials. Some cities have already wavered under the potential threat and are cooperating with federal authorities.

As the process continues to play out, every unauthorized immigrants or their family should seek out experienced and qualified deportation immigration lawyers to protect the individual’s rights.

In Dallas, award-winning Davis & Associates offers a free consultation to discuss your situation and determine a strategy. To protect yourself and your family, you should seek help from qualified deportation immigration lawyers.