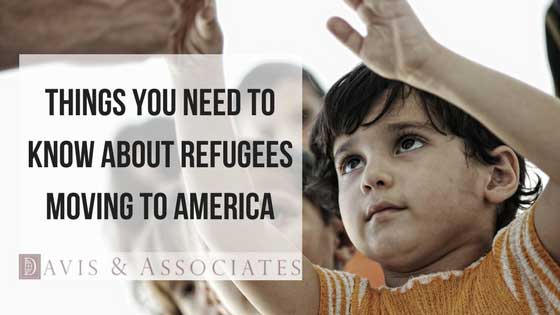 Immigration and refugee status in the United States have become hot topics in recent months. While the United States has traditionally been considered a sanctuary for the “homeless” and “huddled masses yearning to be free”, as inscribed on the Statue of Liberty, the tone of this invitation seems to be changing. Political rhetoric and campaign promises are brimming with warnings about the continued viability of an “open door” policy. Executive orders are being scrutinized by the court system that are intended to restrict the flow of refugees moving to America.

While statistics show that following the Hungary Invasion and the Cuban Revolution in the 1950s, and the Vietnam War in the 1970s, most Americans opposed refugee migration to the United States. Since nearly all Americans are, or were descended from, immigrants, some view this attitude as being akin to “closing the door behind us.”

The dynamics of the world today may be making the idea of refugees moving to America more complicated.

How is a Refugee Different from an Immigrant?

The difference between an immigrant and refugee is a clear one and U.S. law views these classifications in different ways:

According to a Pew Research Center Report, around 3 million refugees have been relocated to the United States since the Refugee Act of 1980 was ratified. The number of refugees moving to America during each of those years has varied significantly based on world events and domestic policy changes. 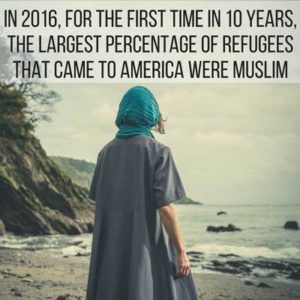 The requirements for refugee admission are governed by the Federal Refugee Resettlement Program, though the standard has changed at times and was even suspended after the September 11, 2001, terrorist attacks. In 2002, the number of refugees moving to America dropped to only 27,000. The number has steadily increased since then.

In fiscal 2016, refugees moving to America reached a new post-9/11 high of almost 85,000. The commitment from the Obama administration was to meet a goal of 110,000 refugee admissions during fiscal 2017, in an effort to help individuals and families from the war-affected Middle East and Northern Africa regions.

For the first time since 2006 when a huge wave of Somali citizens were admitted, the largest percentage of refugees that came to America in 2016 were Muslim.

The 2016 elections may be affecting the attitude of many U.S. citizens toward refugee admissions. Fearing the threat to national security predicted by the current President and many Congressional candidates, a substantial number of voters became wary of increasing the numbers of immigrants, travelers, and refugees from the Islamic countries.

In early 2017, the President issued an executive order to halt refugee admissions for 120 days while the entry procedures undergo a fresh review. Currently, individuals are being admitted on a case-by-case basis, while Syrian refugees are restricted altogether.

Legal advice from a professional immigration law firm is always warranted in these cases, since the situation can change and special cases justify further review.

The future status of refugees coming to America remains uncertain. Elements of the presidential order have been challenged in court and rejected. The U.S. Supreme Court of the United States has now ruled and approved some parts of the travel ban.

However, in October, the Court will hear the specific case for travelers and refugees from the six predominantly Muslim countries highlighted in the executive order.

Immigration rights and civil liberties groups have protested the Supreme Court’s partial ruling. However, according to a USA Today article, many believe the ruling will only affect a few people while it does support a review of the current admissions protocols.

The acceptance of refugees coming to America is complicated. Understanding the current laws and possibilities requires the advice and support of a dedicated law firm like the award-winning Davis & Associates in Dallas.