We Can Help You Obtain a Visa

At Davis & Associates, we commit all of our efforts to the vast areas of immigration visa law. America’s political landscape changes with each President, so staying on top of immigration law is a major priority for our attorneys. An immigrant in the United States needs reliable and experienced representation to be able to overcome many obstacles that arise.

We help clients obtain all types of visas, including: 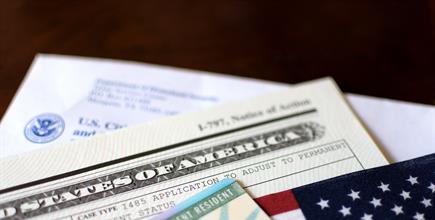 Finding employment in the U.S. as a foreign national and bringing employees to the U.S. can be a frustrating and difficult process – but Davis & Associates is here to help.

We have successfully filed:

The wait time is determined by:

Certain people battered by their U.S. citizen and legal permanent resident (LPR) family members may qualify for an immigrant visa.

A VAWA petition is filed on Form I-360 and requires fairly extensive documentation. There are specific requirements that have to be proven in order for USCIS to approve a VAWA petition. If the VAWA petition is approved, the battered spouse, child, or parent may be able to apply for permanent residency based on the petition once the priority date is current. The particular immigration, criminal, and medical history of each applicant must be fully analyzed in order to determine if, how, and when they can apply for a green card.