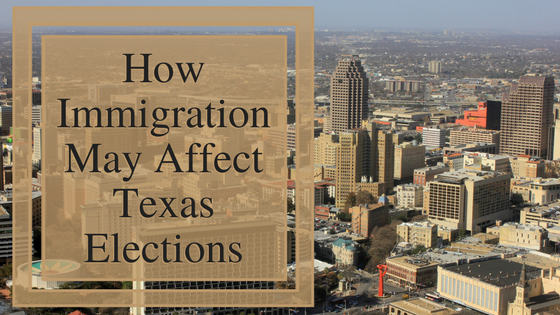 Among all of the current political issues, topics about immigration law are among the most obvious. News about the removal of Temporary Protected Status for specific countries, DACA, the multi-billion dollar border wall, sanctuary cities, ICE crackdowns, and many more topics populate the headlines every day.

In Texas, the situation is even more apparent. With the Texas legislature passing SB4 last year, a law intended to eliminate sanctuary cities and strengthen the authority to request residency status for all individuals at any time, immigration has become the most important story. As a result of this and the proposed border wall, Texas is a focal point in the national debate over immigration.

Immigration Issues and the Effect on Future Texas Elections

During the 2016 national election, the Republican Party candidate earned the presidency and maintained a majority in both national lawmaking bodies of Congress, the U.S. Senate and House of Representatives. Similarly, in Texas, the governor and majority of both legislative houses are also currently led by the Republican Party.

The general position of Republican leadership, led by the current U.S. president and supported by many in the party, has been to:

In Texas, the current governor, who is running for re-election in November 2018, has expressed strong support for increasing legal scrutiny and the power of ICE and law enforcement to track down and remove undocumented immigrants. The passage of SB4 to eliminate sanctuary cities was primarily a product of the Texas governor’s stated position.

Democratic representatives have opposed these immigration measures, but are notably outnumbered in the United States and Texas legislatures.

Power of the Vote in Texas Elections 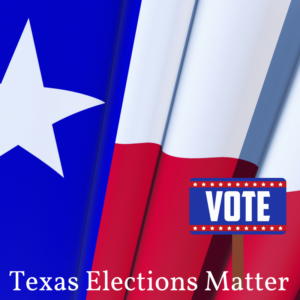 Whether for or against strong anti-immigration measures, your legal vote is essential. Casting a ballot for candidates whose positions are most like your beliefs is necessary to the democratic election process.

In more recent primaries and special elections, Democratic Party candidates have tended to turn out in higher numbers to win back seats that were lost. For Democrats to win back sufficient seats to earn a majority in the U.S. House of Representatives in the 2018 election, their voters will need to turn out in record numbers in every district. Their legal voters who stayed home in 2016 because they felt their vote would be meaningless will need to show up at the polls in November.

On the Texas ballot on November 6 will be the following races:

While only four or thirty-six Congressional Districts may be competitive, turnover of one or more of these seats to the Democratic side would add significantly to other projected gains in the U.S. House for Democrats.

Likewise, an overturn in the Senate seat currently held by incumbent Senator Ted Cruz would negate the Republican majority in the United States Senate.

This is why every vote counts in upcoming Texas elections! Republicans are feeling pressure to maintain their seats, while Democrats are hoping to unseat current politicians.

Who Has the Right to Vote in Texas Elections?

All Texas-residing U.S. citizens, aged 18 or over, with no felony convictions or court-judged mental incapacitation can vote. According to the Texas Secretary of State website, individuals must register in their county of residence and show sufficient identification to prove residency.

For those without United States Citizenship who wish to vote in a future election, you must pursue the process of becoming a naturalized U.S. citizen. If you are a candidate, either by marriage or legal permanent residency, you should work with a certified Dallas immigration lawyer to understand the process.

Contact Davis & Associates for a Free Consultation about U.S. Citizenship and Naturalization

In Dallas, Texas, call for an appointment or request a free consultation to discuss your circumstances regarding U.S. citizenship, permanent residency or other immigration matters. Davis & Associates is an award-winning, multilingual law firm with compassionate and understanding professionals on staff.