If you’re like many people, you’re entitled to a U.S. green card through marriage – but in order to get one, you’ll have to show U.S. immigration officials that you’re in a bona fide marriage. That means you must prove that you’re in a genuine relationship with your spouse.

Proving it can be tougher than you think. Here’s what you need to know.

What is a Bona Fide Marriage?

A bona fide marriage is a genuine marriage. You must be in a real relationship in order to gain any immigration benefits from the U.S. government, and you can rest assured that the government will check to ensure that your relationship is genuine. You cannot marry someone just to gain an immigration benefit; doing so is against the law, and it’s grounds for deportation. If you’re caught in a fraudulent marriage, the U.S. government can have you removed from the country – and you may not be allowed to return, even if you have children or other family members here.

You must prove to U.S. Citizenship and Immigration Services that you are in a genuine relationship in order to get a green card through marriage. U.S. immigration law says that the burden of proof is on the applicant – USCIS doesn’t automatically assume that your relationship is valid.

Why Do Some People Get Married for Immigration Purposes?

Some people make the mistake of getting married simply to gain immigration benefits, which is against the law. You are not allowed to marry a U.S. citizen or lawful permanent resident just so you can gain an immigration benefit – like a green card – because the law is very clear: You can, and will, be removed from the country. USCIS can even bar you from coming back in the future, even if you have a valid reason.

Unfortunately, when people marry simply to gain an immigration benefit, it becomes harder for people in genuine marriages to prove themselves to USCIS.

How to Prove a Bona Fide Marriage 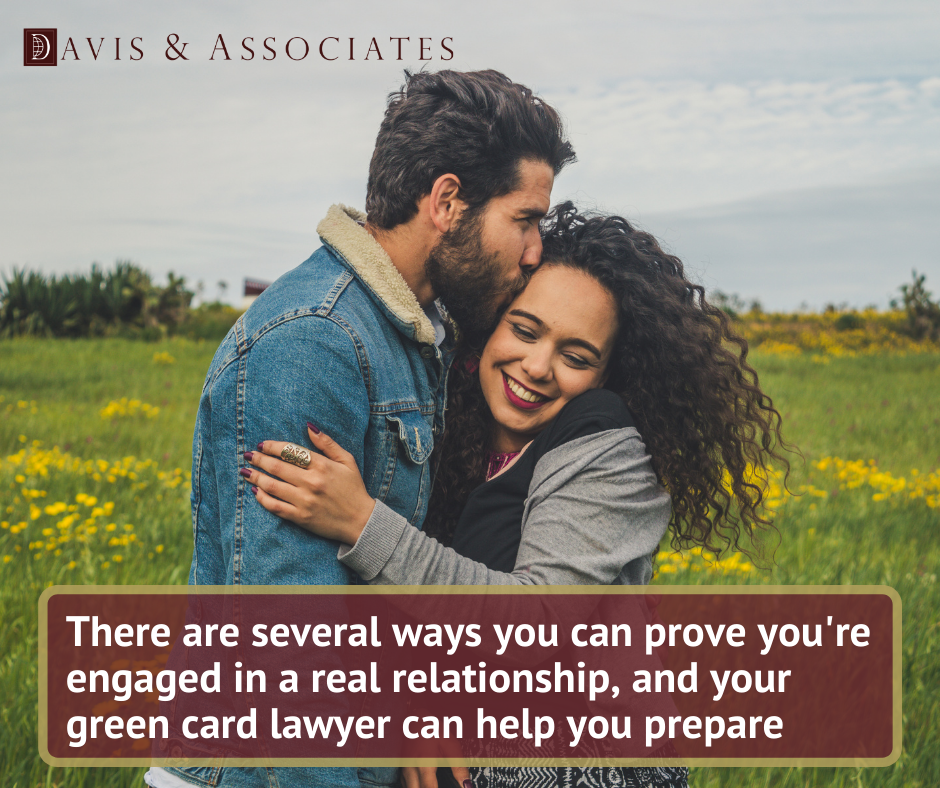 It’s your responsibility to show USCIS that you’re engaged in a real relationship. There are several ways you can do so, and your green card lawyer can help you prepare. You’ll have to provide the U.S. government with specific documentation that shows your marriage is real, and in many cases, you’ll want to provide supplemental documentation, as well.

If the USCIS official in charge of your case doesn’t believe that you’re in a bona fide marriage, all hope isn’t lost. You may be able to provide additional documentation that clarifies things. You may also be able to clear things up during your immigration interview with a USCIS official. Your attorney can give you case-specific advice in a situation like that.

Required Documentation for Your Application for a Green Card Through Marriage

You must include all the required proof with your I-130 package, which is your petition for a green card after your marriage to a U.S. citizen or lawful permanent resident. If you fail to include strong evidence that proves you’re in a bona fide marriage, USCIS could deny your petition.

Generally, you should include:

Proof That You Live Together

The USCIS official reviewing your petition will need to see proof that you and your spouse live together – that’s what the U.S. government expects from married couples. Generally, you can show proof such as: 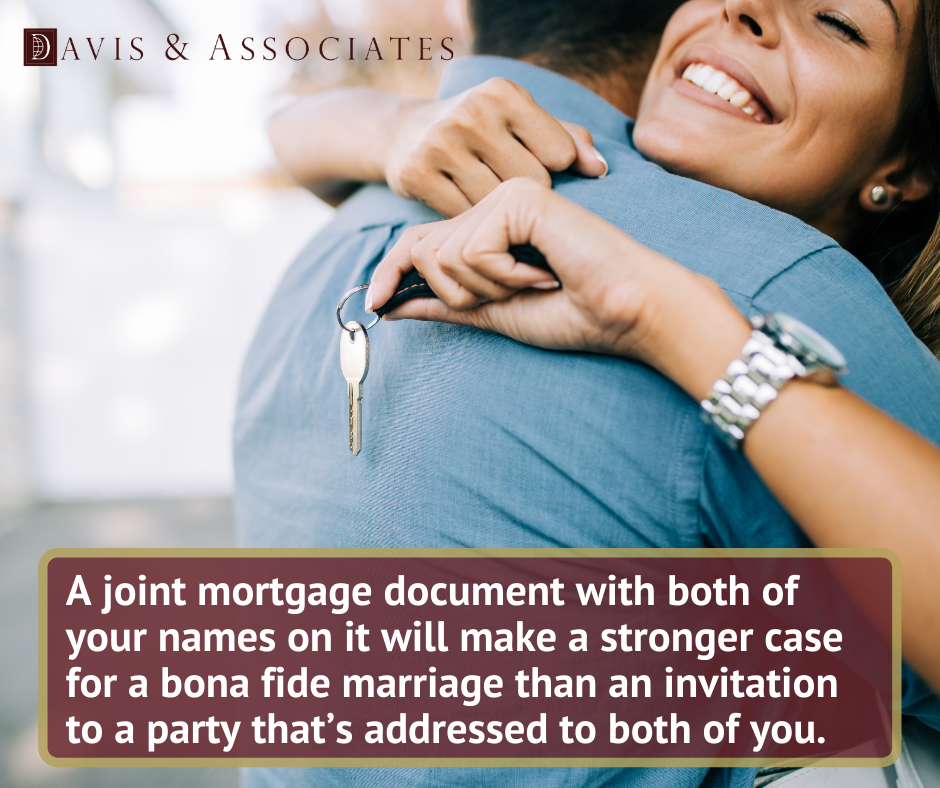 Some types of evidence are stronger than others are. For example, a joint mortgage document with both of your names on it will make a stronger case than an invitation to a party that’s addressed to both of you.

If you don’t live together, you will need to provide additional documentation, such as a letter that explains your living situation that you both sign. Sometimes this is necessary when one of you is attending school or working in another area. If that’s your situation, your attorney can advise you on what to write; you may need to include the date you plan to live together and proof that you visit each other whenever possible.

The U.S. government expects you to combine your assets and liabilities – that is, the things you own (including money) and the things you owe money on. You can include the following documentation with your petition:

Proving that you share children is generally easy. Your attorney will probably advise you to submit the following documentation with your petition:

Other Supplemental Proof of a Bona Fide Marriage

You may also wish to include other proof that you and your spouse are in a bona fide marriage. That’s because marriage is about more than money and living situations. Your attorney may encourage you to submit:

What is Strong Evidence in Favor of a Bona Fide Marriage?

Some types of evidence are stronger than others. For example, a birth certificate is much stronger evidence than a photo you took together last week. Likewise, items like joint bank statements, your wills, and joint utility bills are more convincing evidence than birthday cards and letters from family members who say you’re engaged in a bona fide relationship.

You should submit the strongest evidence you have right from the beginning. That may help head off questions that USCIS may have about your relationship.

Do You Need to Talk to an Attorney About Proving a Bona Fide Marriage for Immigration Purposes?

If you need to speak with an attorney about a green card through marriage or about proving that you’re in a bona fide marriage, we may be able to help you. Call our office to schedule your free consultation with an experienced Dallas or Houston immigration attorney now.